A Voyage to Depth of Neuroscience Vol. 17 Surgical anatomy and preservation of the middle meningeal artery during bypass surgery for moyamoya disease

Background The middle meningeal artery (MMA) is known to function as one of the important collateral routes in moyamoya disease. However, the anterior branch frequently courses within the lesser wing of the sphenoid bone and can easily be damaged during craniotomy for bypass surgery. This prospective study aimed to study the surgical anatomy of the MMA and to establish the technique to preserve it during bypass surgery for moyamoya disease.
Methods Twenty-two patients with moyamoya disease underwent STA-MCA anastomosis combined with indirect bypass on 27 sides. The anatomical relationship between the anterior branch of the MMA and lesser wing was classified into three types: the bridge, monorail, and tunnel types. Dur- ing surgery, the lesser wing was carefully resected with a rongeur or high-speed diamond drill to preserve the anterior branch of the MMA.
Results The anterior branch of the MMA was classified into the bridge type in 5 sides (18.5 %), monorail type in 10 sides (37.0 %), and tunnel type in 12 sides (44.5 %). Patient age was closely related to the anatomical findings (χ2 test, p=0.0168). Careful resection of the lesser wing with a rongeur could preserve bridge- and monorail-type MMAs (100 and 71.4 %, respectively). However, drilling out of the lesser wing under a surgical microscope was essential to preserve the tunnel-type MMA. Intraoperative indocyanine green videoangiography was useful to confirm patency during surgery.
Conclusions It is essential to understand the surgical anatomy of the MMA around the pterion in order to preserve its anterior branch during bypass surgery for moyamoya disease. 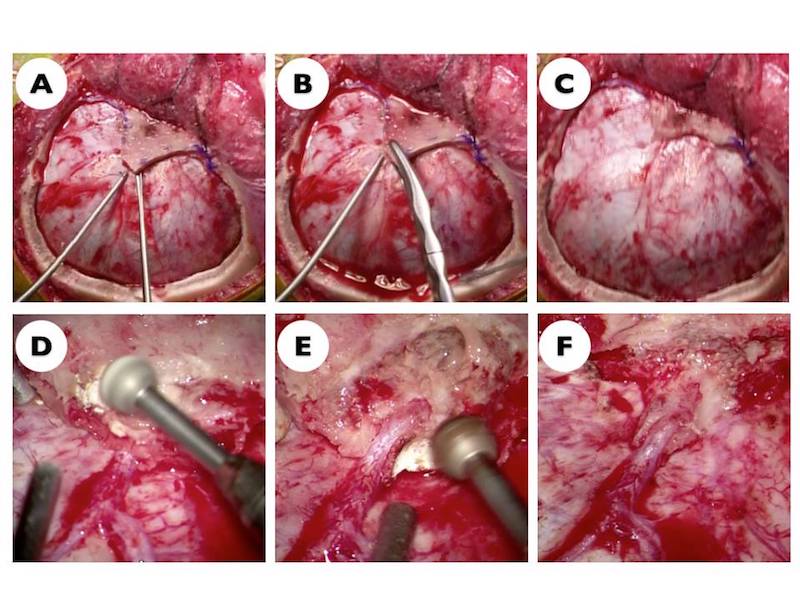 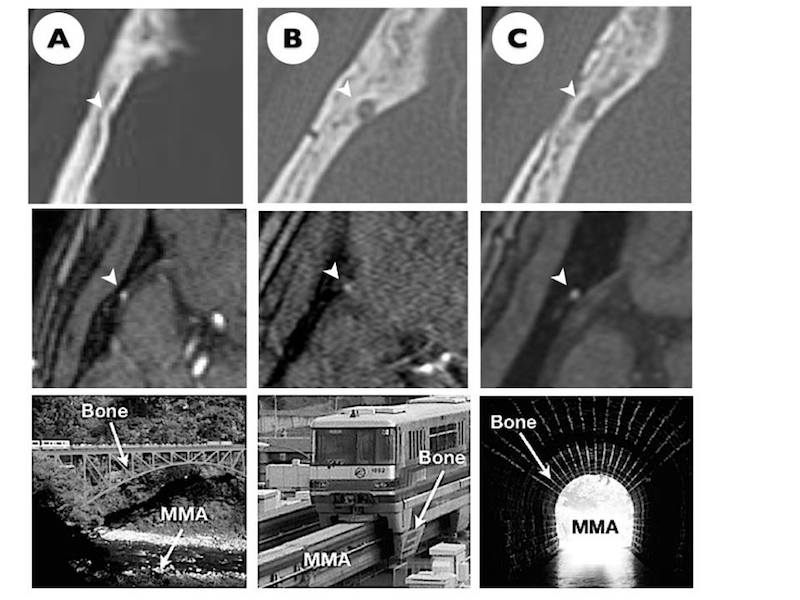