A Voyage to Depth of Neuroscience Vol. 18 Neuronal activity topography parameters as a marker for differentiating vascular cognitive impairment in carotid stenosis

Previously, we reported on the differentiation between patients with Alzheimer disease and normal controls using a quantitative electroencephalographic technique called neuronal activity topography (NAT). In this technique, cerebral neuronal activities are characterized by the signal intensity and coherence (sNAT and vNAT, respectively). In the present study, we examined 47 patients with vascular cognitive impairment in carotid stenosis and 52 normal controls. All subjects underwent electroencephalography in a resting state with closed eyes for 5 minutes. Electroencephalographic markers of the differential likelihood, that is, the sensitivity-versus-specificity characteristics, sL(x:VCI-NLc) and vL(x:VCI-NLc), were assessed with neuronal activity topography and were compared between the 2 groups. sL(x:VCI-NLc) and vL(x:VCI-NLc) crossed each other at a cutoff value of the differential likelihood. Separation of the patients and controls was made with a sensitivity of 92% and 88%, as well as a false-positive rate of 8% and 12% for sL(x:VCI-NLc) and vL(x:VCI-NLc), respectively. Using sNAT, we accurately differentiated 92% patients with vascular cognitive impairment. We recommend that sNAT, rather than vNAT, should be used in detecting vascular cognitive impaired patients. 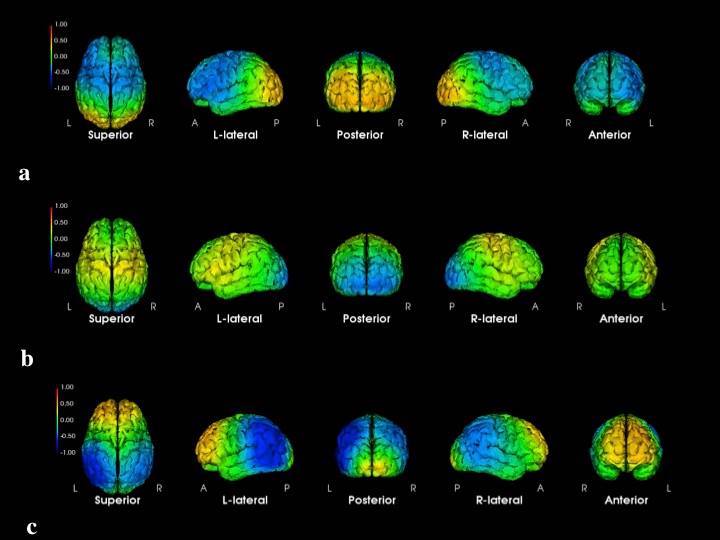