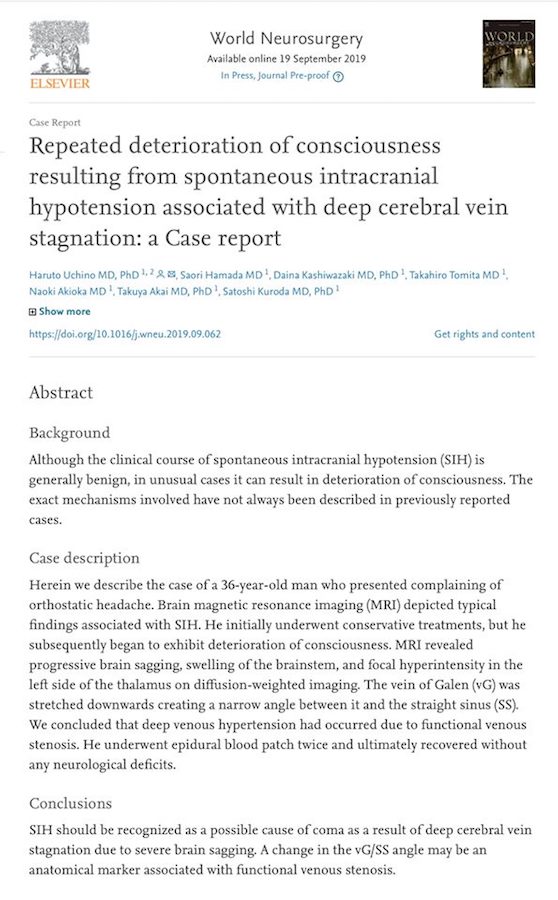 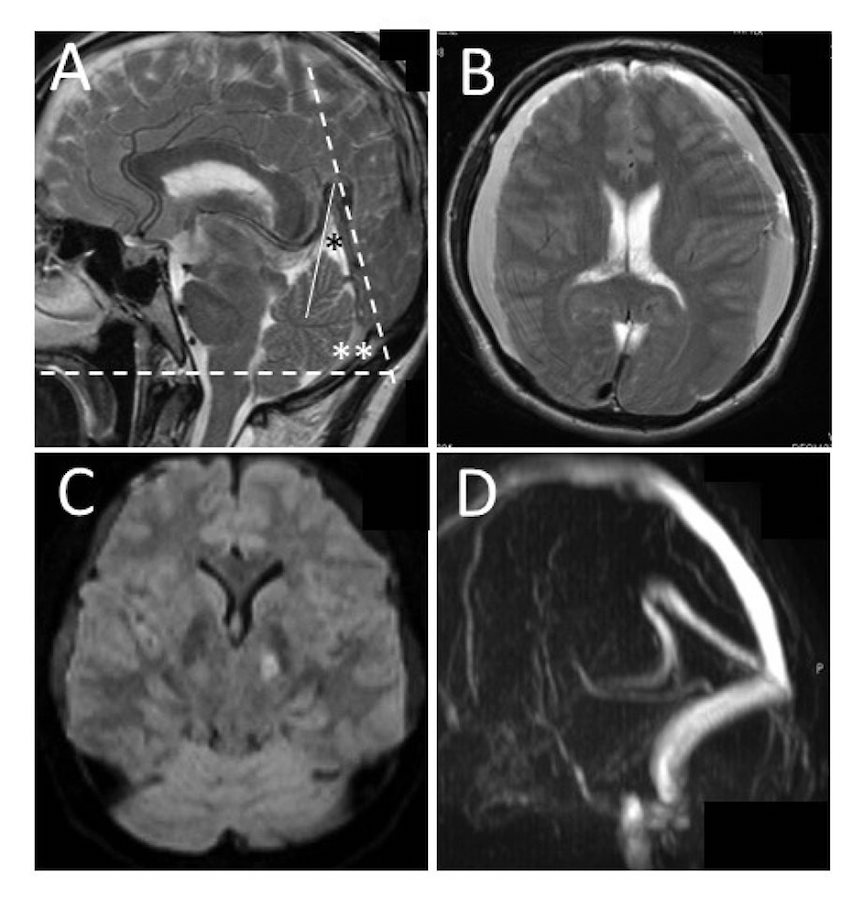 Abstract
BACKGROUND:
Although the clinical course of spontaneous intracranial hypotension (SIH) is generally benign, in unusual cases it can result in deterioration of consciousness. The exact mechanisms involved have not always been described in previously reported cases.
CASE DESCRIPTION:
Herein we describe the case of a 36-year-old man who presented complaining of orthostatic headache. Brain magnetic resonance imaging (MRI) depicted typical findings associated with SIH. He initially underwent conservative treatments, but he subsequently began to exhibit deterioration of consciousness. MRI revealed progressive brain sagging, swelling of the brainstem, and focal hyperintensity in the left side of the thalamus on diffusion-weighted imaging. The vein of Galen (vG) was stretched downwards creating a narrow angle between it and the straight sinus (SS). We concluded that deep venous hypertension had occurred due to functional venous stenosis. He underwent epidural blood patch twice and ultimately recovered without any neurological deficits.
CONCLUSIONS:
SIH should be recognized as a possible cause of coma as a result of deep cerebral vein stagnation due to severe brain sagging. A change in the vG/SS angle may be an anatomical marker associated with functional venous stenosis.