CASE REPORT:
A 4-year-old female was presented at our hospital with frequent right frontal headache attack. She was diagnosed with moyamoya disease and was conservatively followed up. One year later, the frequency of headache gradually decreased. However, follow-up MR imaging revealed that the disease stage markedly progressed in the right side and cerebral infarction occurred in the temporal lobe with atrophy of the right frontal lobe. She underwent direct and indirect revascularization on the right side.
CONCLUSION:
Aware of this case, we would like to emphasize that headache may be one subtype of ischemic attacks and require frequent MR follow-up to see the disease course. If there is any sign of disease progression, immediate surgical intervention should be indicated to avoid irreversible brain damage. 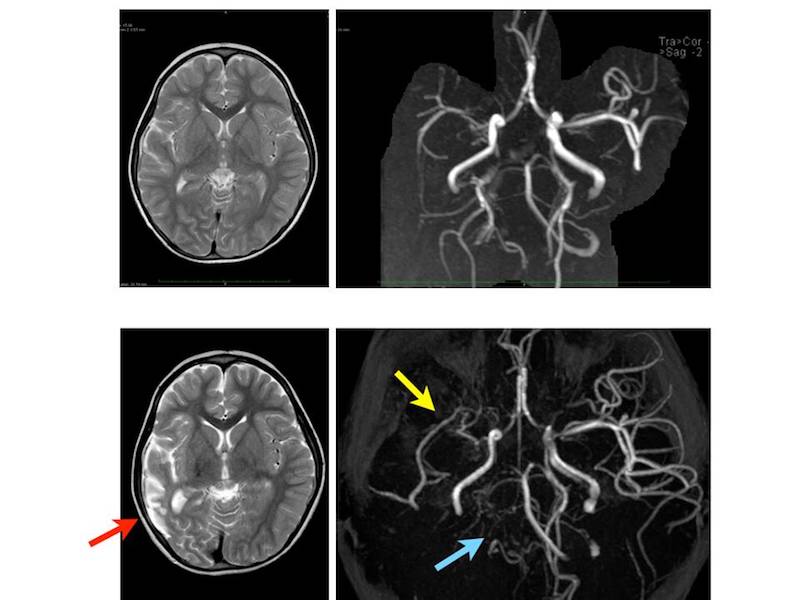