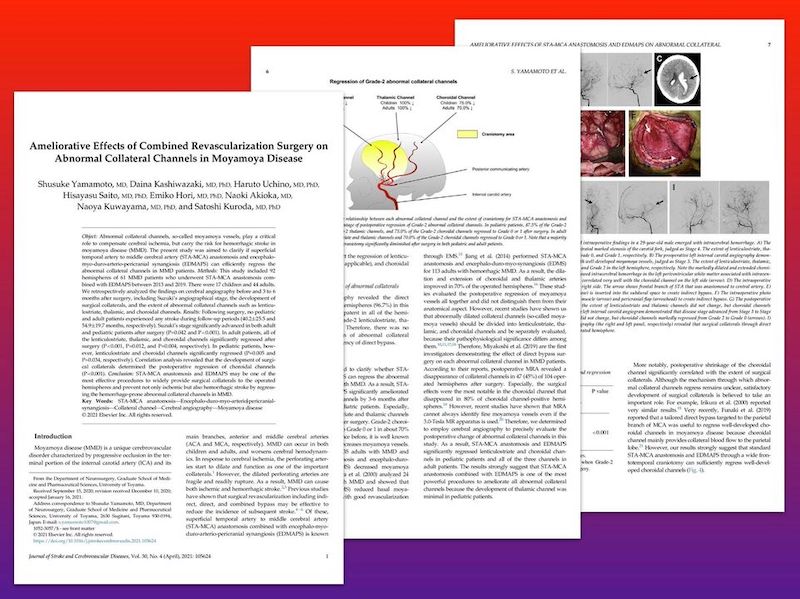 A Voyage to Depth of Neuroscience Vol. 77

Methods: This study included 92 hemispheres of 61 MMD patients who underwent STA-MCA anastomosis combined with EDMAPS between 2013 and 2019. There were 17 children and 44 adults. We retrospectively analyzed the findings on cerebral angiography before and 3 to 6 months after surgery, including Suzuki’s angiographical stage, the development of surgical collaterals, and the extent of abnormal collateral channels such as lenticulostriate, thalamic, and choroidal channels.

Conclusion: STA-MCA anastomosis and EDMAPS may be one of the most effective procedures to widely provide surgical collaterals to the operated hemispheres and prevent not only ischemic but also hemorrhagic stroke by regressing the hemorrhage-prone abnormal collateral channels in MMD.